Sorry! You missed Opera Philadelphia - The Love for Three Oranges at Academy of Music 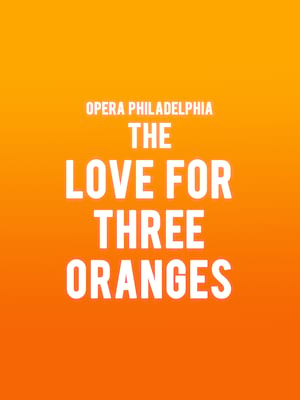 Why See Opera Philadelphia - The Love for Three Oranges?

Rarely performed in North America, the time is ripe for this exciting revival. Join the young Prince as he sets out to shake a curse from a powerful Witch, one that has him in love with three oranges containing three princesses! With a vivid and memorable score that's as much as part of the action as the characters.

Photo by Holger Link on Unsplash

Sound good to you? Share this page on social media and let your friends know about Opera Philadelphia - The Love for Three Oranges at Academy of Music.