You are viewing a past performance of Billy Gardell

You can catch Billy Gardell at the Parx Casino and Racing, showing March 7, 2020 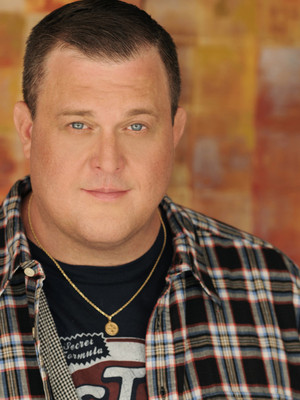 Billy Gardell's stand up show is a powerhouse.

As part of his upcoming tour, Billy Gardell hits a stage near you! Bringing with him the down-to-earth perspective and rustic charm that has struck a chord with American audiences, the quick-witted comedian proves a master of his craft in this powerhouse of a show as he recounts stories about his tough childhood, wild teenage years and new found family life.

Taking the long road to Hollywood, Gardell stopped at every small town lounge, military base and grimy comedy club on the way, allowing him to hone his skill as a comedian and an actor. Having starred alongside silver screen heavyweights Sylvester Stallone and Owen Wilson, Gardell also had TV audiences in stitches in the CBS hit show Mike and Molly.

Sound good to you? Share this page on social media and let your friends know about Billy Gardell at American Music Theatre.