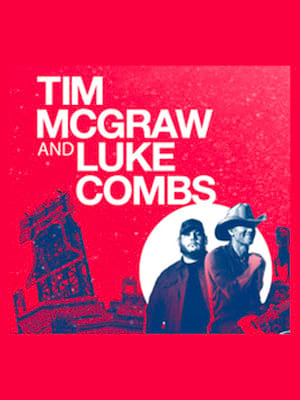 It's time to dust off your stetsons and shine your cowboy boots for a good ole' fashion country hoe-down! Legendary singer-songwriters Tim McGraw are joining forces and filling stadiums for two very special 2020 co-headline shows. Alongside special guests Midland and Ingrid Andress, the country superstars are set to bring the best of their platinum-certified catalogs to the stage with dazzling light shows and production design.

With his signature goatee and stetson, McGraw is one of the most recognizable faces (and voices) in country music! He has sold over 40 million albums in the US alone, as well as won three Grammys, 14 ACM Awards and three People's Choice Awards. Luke Combs debuted his rugged R&B-tinged sound in early 2014, turning the right ears in Nashville. His penchant for combining catchy hook-laden melodies, a rock and roll edge and impressive vocal chops saw his signing to Sony Music in 2015 and the trucker hat crooner has been dominating the Billboard charts and radio waves ever since.

Sound good to you? Share this page on social media and let your friends know about Tim McGraw and Luke Combs at Citizens Bank Park.