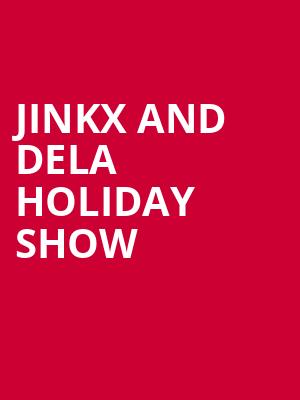 Photo by Grooveland Designs on Unsplash

You Better Watch Out

The Queens of Christmas return for 2022 with another holiday spectacular for everyone naughty or nice! Making the yuletide gay since 2018, this glorious collaboration from two of RuPaul's DragRace's most glittering alumni is the perfect tonic for the hysteria of the holiday season, with boozy holiday cheer infused with good old razzle-dazzle song and dance numbers, copious amounts of eggnog and classic carols with a cheeky drag twist. If you're Nutcracker-phobic then this double act has your alternative holiday entertainment sorted, Jinkx will spice things up and Dela will cover them in sugar!

Winner of the fifth season of RPDR, Jinkx earned the golden spotlight by staying true to her comedy roots and character-driven concept, calling to mind the vaudeville performers of old with a touch of Lucille Ball and Carol Burnett. Dela also came to national attention on the popular televised drag contest and shares Jinkx's artful comedy/vintage style. In fact, the similarities don't just end there, since they both hail from Seattle and are both outspoken political commentators. Yass Queens!

Seen Jinkx and DeLa Holiday Show? Loved it? Hated it?

Sound good to you? Share this page on social media and let your friends know about Jinkx and DeLa Holiday Show at The Fillmore.