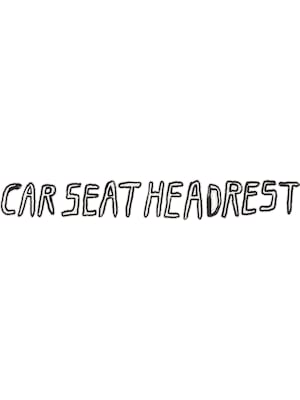 To fans delight, Indie Rockers Car Seat Headrest are heading out tour this year! Bursting into the music scene with their cult hit "Twin Fantasy" in 2011 Car Seat Headrest have since garnered a diverse and ever-widening, and let's not forget loyal, fanbase. Don't miss your chance to see them do that they do best, live on tour!

Starting out just after graduating high school Car Seat Headrest a.k.a Will Toledo (who leads the band) channeled his teen angst into his music. Drawing inspiration from high school, relationships and his fist lonely year at Virginia Commonwealth University Toledo self-released five full-length albums before releasing the iconic and adored Twin Fantasy. After releasing record after record the determined young buck was picked up by Matador Records in 2015 where he has continued to develop his sound releasing a further three studio albums, including the revamped Twin Fantasy.

Sound good to you? Share this page on social media and let your friends know about Car Seat Headrest at Franklin Music Hall.