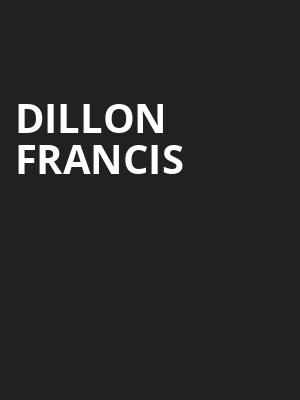 The most exciting (and funniest) rising star of EDM

Dillon Francis is heading out on the road! The DJ and electronic music producer have been a famous name for EDM aficionados for the past couple of years, but the release of his debut album Money Sucks, Friends Rule is what led him to the mainstream. Lead single Get Low garnered over a million views on Youtube, and with a guest list that featured the likes of Major Lazer and Brendon Urie of Panic at the Disco, it was a record that set the bar.

Francis is always a blast live, as much for his silly-meme-worthy visuals and light displays as the music. Speaking of which, don't think for one moment that he's gone totally pop. His live repertoire still includes as much Dutch house and moombahton as you could wish for. Expect to hear tunes from his hilarious 'The Catchy Song' to cuts from his 2019 Mixtape Magic is Real and more!

Sound good to you? Share this page on social media and let your friends know about Dillon Francis at Franklin Music Hall.