Sorry! You missed An American Celtic Christmas at Keswick Theater 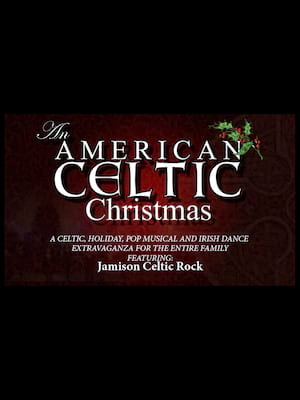 A special Yuletide rock out awaits!

Why See An American Celtic Christmas?

Seven years ago, Celtic rockers Jamison first presented their heady Irish, holiday and pop music fusion to much critical acclaim. Their winning formula proved so popular the outfit have been performing their festive show every year since, becoming something of a hot ticket in Philly's holiday season gigging calendar. If you enjoy your Yuletide celebrations with a hearty helping of high octane energy, joyful live music and spirited dancing, than this is just the hot ticket for you.

Formed out of the city's Irish-American community in 2003, Jamison have grown to become an underground hit thanks to the party atmosphere of their concerts and unending on stage enthusiasm. Weaving in strands of reggae, rock, hip hop and dance into traditional Irish reels, they invite Celtic dancers to the stage during this special holiday iteration of their no-holds-barred live show.

Sound good to you? Share this page on social media and let your friends know about An American Celtic Christmas at Keswick Theater.