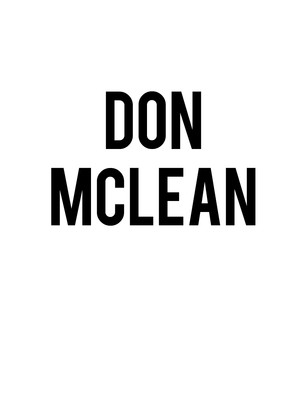 The American Pie singer in concert

A Long, Long Time Ago

Singer-songwriter Don McLean has more than his fair share of great songs to his name, but one stands head and shoulder above the others. Released in 1971, 'American Pie' remains one of the great tracks in popular music history, an epic rumination on the 1950s and 60s, that weaved together biographical details from the singer's childhood and references to the plane crash that killed Buddy Holly and Richie Valens - 'the day the music died'.

Catch Don playing American Pie, plus the likes of 'Vincent (Starry Starry Night)' and 'Crying' when he comes to your area.

Nobody is claiming he still has that gorgeous voice from the 70s. But... more

Saw Don McLean last night and it was a great show. Yes his voice isn’t... more

Sound good to you? Share this page on social media and let your friends know about Don McLean at Keswick Theater.