Sorry! You missed The Genesis Show at Keswick Theater 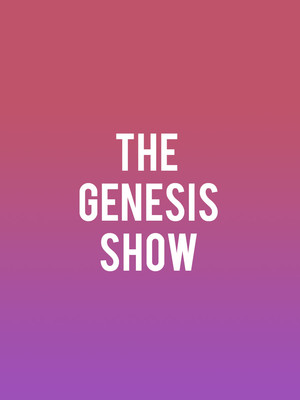 Note for note, this band is the closest thing to Genesis in their prime!

Why See The Genesis Show?

Amongst Genesis fans, the years between 1976 and 1982 (when Phil Collins stepped up to the mic) were the band's golden era. Dedicated to reviving this special time, ultimate tribute act The Genesis Show conjure the progressive rock icons in their prime thanks to glorious down-to-the-note renditions of Collins-led hits like Mama, Behind The Lines, Dance On A Volcano and Domino.

Combining masterful precision with spectacular video projections and lighting, the group is the only Genesis tribute act to feature two drummers. What's more, they don't pretend to look like the band, avoiding gimmicky costumes to focus on the majesty of the music alone.

Sound good to you? Share this page on social media and let your friends know about The Genesis Show at Keswick Theater.