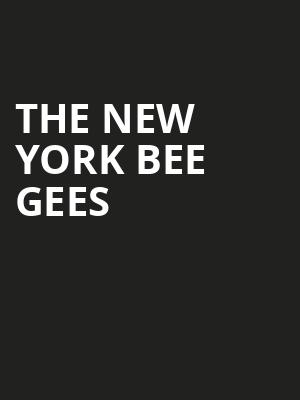 From nights on Broadway to the rest of the nation!

It would be a tragedy to miss them

They started a band, that got the whole world dancing! New York's premiere Bee Gee's tribute are live once more, bringing you the very best of Barry, Robin and Maurice's unforgettable music in a concert extravaganza that relives the influential group's greatest hits with stunning musicianship and attention to detail! Courtesy of Peter Mazzeo, Tom Flyntz and Manny Forcarazzo, you're invited to enjoy tunes from the band's competitive early area, such as 'I Started A Joke', 'Massachusets', to the all-out glamour of their disco period, including 'Stayin' Alive,' and 'Night Fever'.

One of the foremost Bee Gees tribute acts in the country, The New York Bee Gees have gigs all over the nation, delivering the songs you love in a live experience that will delight fans of any generation!

Sound good to you? Share this page on social media and let your friends know about The New York Bee Gees at Keswick Theater.