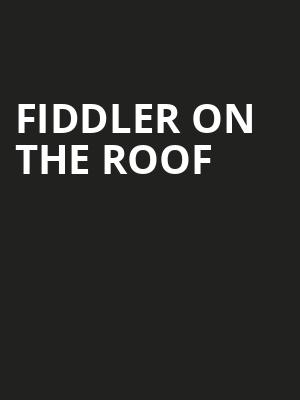 Fiddler on the Roof

The Philadelphia Orchestra collaborate with The University of Michigan!

Why See Fiddler on the Roof?

Join the Philadelphia Orchestra, conducted by Andy Einhorn, as they bring John William's classic Oscar-winning performance score, Fiddler on the Roof to life! You'll experience the nine-time Tony award-winning musical through a modern lens as the Philadelphia Orchestra collaborates with the University of Michigan in exploring this beloved musical.

What is Fiddler on the roof about?

Focusing on Jewish milk man Tevye, a father to five daughters, the musical depicts the struggle to maintain traditional religious values in a modern world. Three of Tevye's daughters wish to marry for love, which he must learn to deal with as each daughter chooses a partner that is further away from his long-established views.

Sound good to you? Share this page on social media and let your friends know about Fiddler on the Roof at Verizon Hall.