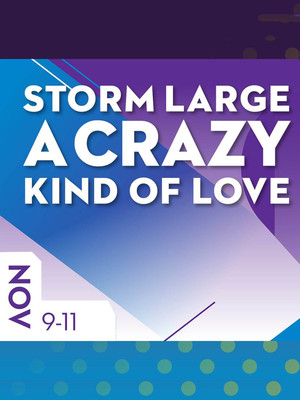 A Crazy Kind Of Love!

Author, actor, playwright and musician Storm Large shares the stage with conductor Michael Krajewski. Selling out the venue on her first debut, Large is mostly known for her incredible interpretations of popular American music. Storm hits the Verizon Hall this winter and brings her stunning Crazy Kind of Love set with her.

Expect to hear tunes from 'Somebody to Love' by the legendary Queen, and Frank Sinatra's 'Ive Got You Under My Skin'. Each interpretation more sizzling than her first, and each one foot-tappingly worthy.

Storm Large shot to game in 2006 when she was a finalist on CBS show Rock Star: Supernova. Despite being eliminated in the semi-finals, Storm Large had built up a strong fanbase that supports and follows her round the world. After her Carnegie Hall debut in 2013, The New York times called her 'sensational', and the world of classic music knew they'd found a new star.

Sound good to you? Share this page on social media and let your friends know about The Philly Pops - Storm Large at Verizon Hall.