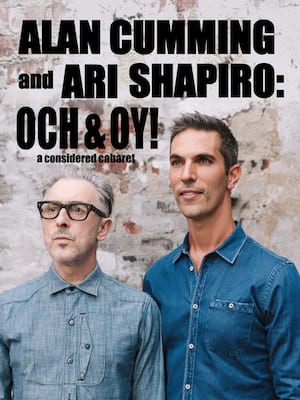 Ari Shapiro is known to many as one of the key voices on NPR's All Things Considered since 2015, and also as one of eclectic vocal pop group Pink Martini's regular guest artists. Catch these two as they make musical magic!