Sorry! You missed FRANK The Man, The Music at The Met Philadelphia 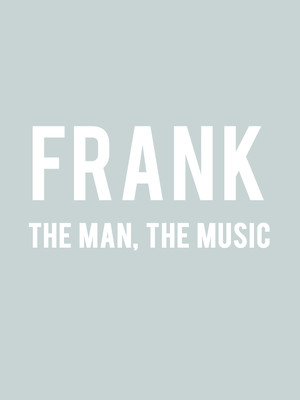 FRANK The Man, The Music

The magic of Frank Sinatra heads out on tour!

Why See FRANK The Man, The Music?

The Man, The Music

The magic of one of the most famous artists in history, Frank Sinatra, is heading out on tour! Helmed by the wonderful Bob Anderson and accompanied by the Johnny Trudell Orchestra, FRANK The Man, The Music allows you to experience the music and the stories of the legend that is Frank Sinatra.

Born on the 12th December 1915 in New Jersey, Frank Sinatra had an illustrious singing and acting career. Having sold over 150 million record worldwide, Sinatra was a household name across the globe, with his infamous Las Vegas residencies and leading roles in some of the 1950's biggest movies (From Here to Eternity, Pal Joey, Guys and Dolls) Frank Sinatra has had a firm grip on global popularity for the last 70 years.

In this special theatrical event join Bob Anderson as he brings Sinatra's effortless charm to you!

Sound good to you? Share this page on social media and let your friends know about FRANK The Man, The Music at The Met Philadelphia.