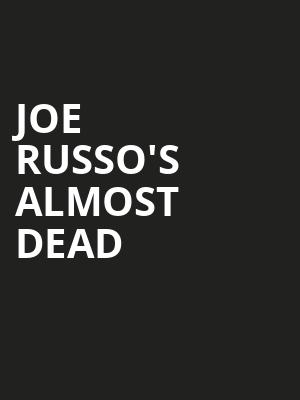 Photo by Sharon McCutcheon on Unsplash

JRAD has all the makings of a great band, who just so happen to be a cover band, an all-star jam lineup full of history, chemistry, and personal flair.

After the death of Jerry Garcia in 1995, a deluge of Grateful Dead cover bands rose to pay tribute to their legacy. Considering their cult status amongst fans, its easy to see why such outfits flourish, but there aren't many that carry the stamp of approval from living members Phil Lesh and Bob Weir. Formed by Furthur drummer Joe Russo, Joe Russo's Almost Dead has a pedigree that marks it as a torchbearer of Garcia and co's legendary songbook.

Russo learned his craft under the tutelage of Weir and Lesh, who fronted Grateful Dead jam band Furthur. When the project came to an end, Russo found he just couldn't let go of the group's heady blend of experimental rock, psychedelia and spaced out jazz, and formed his own battalion. What really sets them apart is not just the way they play Grateful Dead songs, but the way they interpret them with their own improvisational flair, avoiding gimmicky note for note, lookalike recreations in favor of their own charismatic chemistry.

Sound good to you? Share this page on social media and let your friends know about Joe Russo's Almost Dead at The Met Philadelphia.