Sorry! You missed Melanie Martinez at The Met Philadelphia 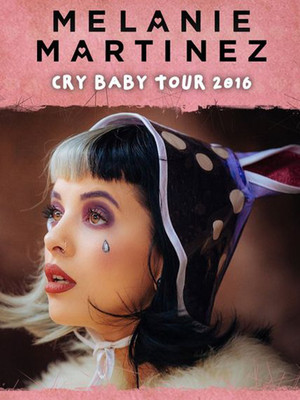 One of the most idiosyncratic singers to emerge from the country's numerous tv talent shows, New York's Melanie Martinez reached the Top 6 in 2012's The Voice, after storming through the auditions with renditions of Britney's 'Toxic' and Ellie Goulding's 'Lights'.

After being eliminated (too soon!) she began working on independent material and in 2018 released her debut album Cry Baby. A critically acclaimed collection of dark electropop, equal parts Lana Del Rey and Purity Ring, it marked Martinez out as an artist to watch.

Catch her on tour as she promotes her album, K-12.

Sound good to you? Share this page on social media and let your friends know about Melanie Martinez at The Met Philadelphia.