Sorry! You missed Michelle Obama at The Met Philadelphia 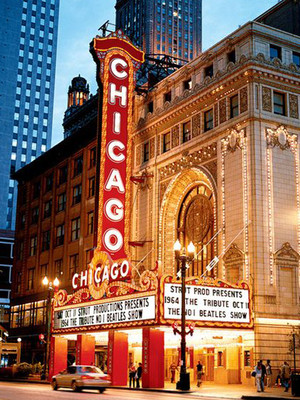 You can catch Michelle Obama at The Chicago Theatre in Chicago, showing Until Dec 6, 2022

Michelle Obama is also touring to:

Our glorious diversity - our diversities of faiths, and colors, and creeds - that is not a threat to who we are; it makes us who we are

The Light We Carry: Overcoming in Uncertain Times

During her tenure as First Lady Of The United States from 2009 to 2017, Michelle Obama made her mark on history in partnership with former commander in chief Barrack Obama, becoming the first African Americans to hold office at the White House. Yet this strong, intelligent symbol of hope never stood in her husband's shadow, using her position for the greater good of American communities and children.

Although the worldwide icon is playing to some rather large arenas Michelle Obama promises intimate and personal conversation as she speaks about her life in and out of the White House. In this funny, and insightful evening learn all about how Michelle Obama became one of the most influential women in the world.

Using her powerful platform for the greater good, she set up and led four enriching initiatives - Let's Move, a charity dedicated to fighting childhood obesity, Joining Forces, a charity offering veteran support, Reach Higher, an organization that encourages higher education and Let Girls Learn, an initiative that promotes and fosters girls' education throughout the world.

Sally Rose: “On Becoming a Caring and Compassionate Person”

Few things in life have touched me as deeply as seeing Michelle Obama last... more

Wonderful event with an inspirational leader who keeps it real. I traveled... more

Sound good to you? Share this page on social media and let your friends know about Michelle Obama at The Met Philadelphia.