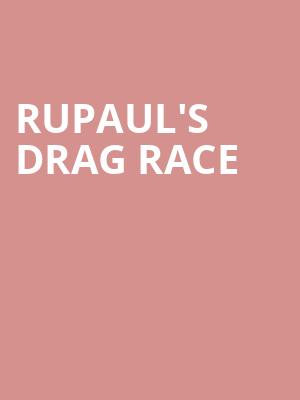 Gentlemen, start your engines and get ready to Werq the World! An experiment gone wrong sees Michelle Visage spiraling through time with little hope of getting home! Expect fierce looks, fun, frolics and scandal a-plenty from queens including Gottmik, Yvie Oddly, Jaida Essence Hall, Vanessa Vajie and more as they reunite and transport you to iconic periods of time in hope of finding their way back to 2022

Spanning fourteen seasons and multiple spin-off shows, RuPaul's Drag Race flipped the traditional model/beauty/pageant competitions and injected a whole lot of sass into prime time TV. Documenting Mama Ru's search to find America's next drag superstar, the program pits contestants against touch challenges each week, culminating in a lip-sync knockout battle with one queen having to sashay away. Filled with humor, drama and constant entertainment, the show has shone a light on drag queen culture and LGBQT issues, breaking into the mainstream with charisma, uniqueness, nerve, and talent! Don't miss your chance to catch 2021's queens live!

Sound good to you? Share this page on social media and let your friends know about RuPaul's Drag Race at The Met Philadelphia.