Sorry! You missed Stephen Lynch at Theatre Of The Living Arts 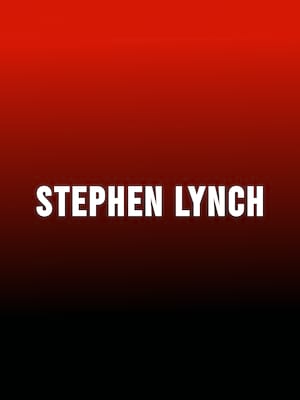 The multi faceted actor, comedian and musician Stephen Lynch is hitting the road in February and March with tour dates across the USA, including stops in Las Vegas, Orlando, Philadelphia and more. Lynch's most recent album My Old Heart was released in July 2019, mixing a musically accomplished, beautiful folk-rock sound with hilarious and brutally honest lyrics.

Across a career which has seen multiple sold-out tours, Broadway appearances (The Wedding Singer) and spots on Comedy Central, Lynch's unique act blurs the lines between the labels many try to put on him. Some enter it into the box of 'comedy music', others defining it as 'serious' music which happens to have witty lyrics sung by a confident, comically gifted performer. His career has therefore seen him touring both comedy clubs and straight-up music venues, equally at home onstage in both.

Sound good to you? Share this page on social media and let your friends know about Stephen Lynch at Theatre Of The Living Arts.