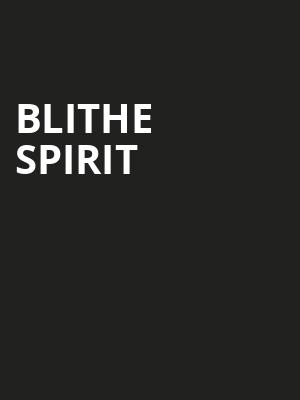 From the delightfully wicked mind of Noel Coward comes Blithe Spirit, where love and marriage devolve into laughter and mayhem and Till Death Do Us Part' no longer applies

A marriage is rocked by inference beyond the grave

Written by playwright Nol Coward, Blithe Spirit tells the story of married couple Charles and Ruth whose marriage takes an unexpected turn when Charles' dead first wife begins to haunt him from beyond the grave! After medium Madame Arcati carries out a sance, the ghost of Charles' first wife, Elvira becomes only visible to him, interfering with his current marriage.

The production first premiered in London's West End and on Broadway in 1941 before being made into a film in 1945 and a musical in 1964. It has since seen many revivals on the stage, television, and radio.

Sound good to you? Share this page on social media and let your friends know about Blithe Spirit at Walnut Street Theatre.