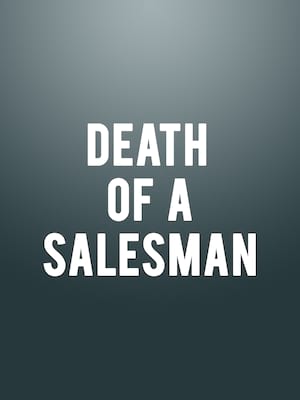 Death of a Salesman

Why See Death of a Salesman?

One of the greatest works in the theatrical canon, Arthur Miller's Death of a Salesman is an excoriating critique of the American Dream. The winner of seven Tony Awards and the Pulitzer Prize upon its 1949 Broadway debut, this powerful work takes place over the course of a single day and centers on the character of Willy Loman, an aging traveling salesman who battles against his growing insignificance by escaping into a world of fantasy.

WHAT IS DEATH OF A SALESMAN ABOUT?

On his return from a business trip, Willy Loman becomes enraged to see his two sons Biff and Happy staying at the family home. In a series of flashbacks, we learn more about the Lomans and their intricate and sometimes secretive family life. From affairs to jealousy we chart the highs and lows of one family on the edge of destruction and their quest for fulfillment in the shadow of the ever-present and ominous American Dream.

Seen Death of a Salesman? Loved it? Hated it?

Sound good to you? Share this page on social media and let your friends know about Death of a Salesman at Walnut Street Theatre.