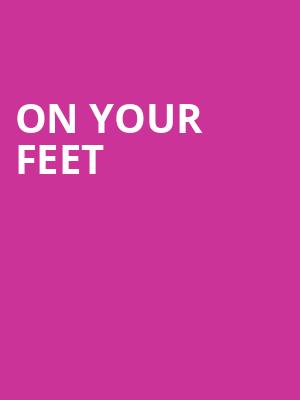 ON YOUR FEET! is the inspiring true story about heart, heritage, and two people in love who believed in their talent, musicand each other

Why See On Your Feet?

Gloria and Emilio Estefan are a husband-and-wife team who fell in love and got married in 1978 before releasing hits with their band Miami Sound Machine and later with Gloria as a solo artist and Emilio as producer. As a team, the duo have received 26 Grammy Awards, stars on the Hollywood Walk of Fame and become legends in the Latin music scene. On Your Feet is their story.

Sound good to you? Share this page on social media and let your friends know about On Your Feet at Walnut Street Theatre.