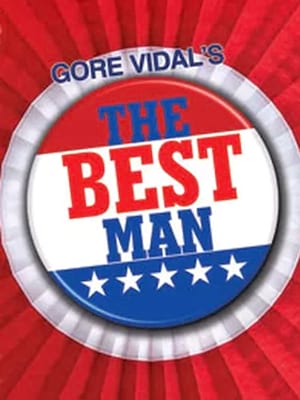 Vidal captures well the machiavellian machinations that are inseparable from politics

Why See The Best Man?

First premiering on the Great White Way to much critical acclaim in 1960, American literary intellectual Gore Vidal's The Best Man has entertained audiences in various revivals since thanks to its highly entertaining portraits of politics gone awry. Don't miss this timely local adaptation at Philly's Walnut Street Theatre in the Spring of 2020.

Set in the 48 hours leading up to a fictional presidential nomination, the gut-punching drama frames two potential hopefuls and their aides in a game of cat and mouse where power corrupts, alliances are bought and sold, and mudslinging isn't beneath anybody. Written at the time to reflect the 1960 Democratic Convention, the play's twists, turns and fascinating portrayal of ruthlessness are sure to be topical once more given the upcoming 2020 presidential election.

Seen The Best Man? Loved it? Hated it?

Sound good to you? Share this page on social media and let your friends know about The Best Man at Walnut Street Theatre.