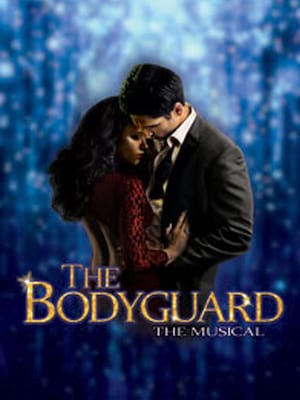 Why See The Bodyguard?

In 1992, the Kevin Costner and Whitney Houston-led romantic blockbuster The Bodyguard not only broke box office records, but its soundtrack became the best-selling soundtrack of all time, simultaneously solidifying Houston's bonafide superstar status. Experience the songs she made entirely her own - 'One Moment In Time', 'Saving All My Love For You', and 'I Will Always Love You' amongst others, during the Walnut Street Theatre's hotly anticipated revival of the Bodyguard Musical in the Spring of 2020.

Adapted by the Academy Award-winning screenwriter Alexander Dinelaris, the thrilling pop musical follows the blossoming romance between famous singer Rachel Marron and her new bodyguard Frank, a former secret service agent whose hard-nosed security procedures are initially met with resentment. Amidst the rising dangers of a stalker obsessed with harming Rachel, the pair's relationship turns from client and protecter to something deeper still.

Seen The Bodyguard? Loved it? Hated it?

Sound good to you? Share this page on social media and let your friends know about The Bodyguard at Walnut Street Theatre.