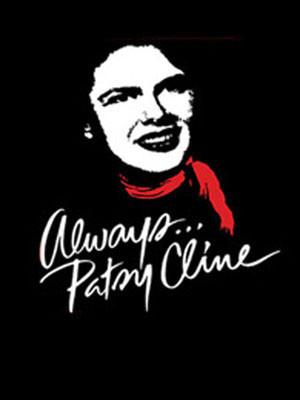 This production delivers not only powerhouse vocal-dramatic values, but also offers the audience a vibrant and poignant journey to another time and place that magically come alive through in the charismatic story of its protagonists.

A musical tribute to the late star

Having received widespread acclaim whilst touring the country, this loving musical tribute to the tragic country star is the perfect blend of rememberance and celebration, as it is viewed through the eyes of her pen friend, Louise Seger and gives a unique insight into the doomed singer. Featuring 27 songs in all, they include Crazy, I Fall to Pieces, Sweet Dreams and Walking After Midnight. A must-see show for Cline fans!

Dying at only age 30 in a plane crash, Cline is regarded as one of the biggest lost stars of music, alongside the likes of Buddy Holly. This honest and heartfelt memoir with music is told from the view of Seger, who befriended the star in a Texas honky-tonk in l961, and started a penpal friendship with Cline until her death only two years later.

Sound good to you? Share this page on social media and let your friends know about Always...Patsy Cline at American Music Theatre.