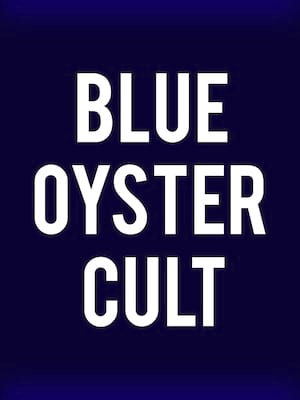 For over four decades, Blue Oyster Cult has been thrilling fans of intelligent hard rock worldwide with powerful albums loaded with classic songs.

Classic Rock at Its Best

Formed in New York all the way back in 1967, rock band Blue Oyster Cult still have a dedicated cult following today, even after 47 years after the release of their self-titled debut album. The band saw much success in the late '70s and have sold over 24 million records worldwide and 7 million in the United States.

Most famous for their 1976 hit '(Don't Fear) The Reaper,' the band have released 13 albums in their time together as well as 7 music videos and are widely referred to as the "thinking man's heavy metal band" due to being respected both commercially and in the heavy metal scene. Their legacy continues.

Ufo didn't show (had the flu?) but BOC totally rocked it!!! A bit heavier... more

Sound good to you? Share this page on social media and let your friends know about Blue Oyster Cult at American Music Theatre.