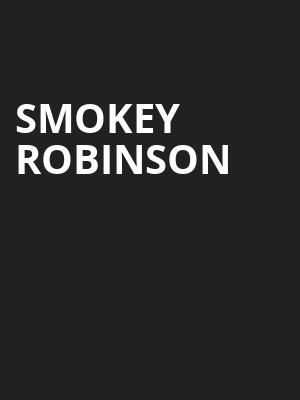 A legendary, primary figure associated with Motown, Smokey Robinson is one of the definitive American soul voices, his consistent commercial success and creative contributions to the label and music as a whole has earned him the well deserved title of 'King of Motown.'

As the charismatic, honey voiced front-man with The Miracles, he dominated the R&B scene throughout the golden age of Motown, and collaborated with many other artists, penning hits for Marvin Gaye and Stevie Wonder among others.

Despite a staggering career, with over 4,000 songs to his name, he continues to tour to this day, still dazzling audiences with his smart, flawless Motown classics such as 'Tracks of my tears', 'Tears of a Clown' and many, many more.

Sound good to you? Share this page on social media and let your friends know about Smokey Robinson at Caesars Atlantic City.