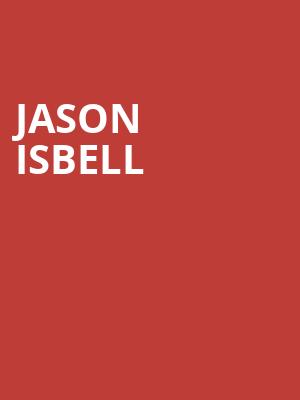 Jason Isbell and The 400 Unit tour The Nashville Sound

Jason Isbell is back on tour with his band The 400 Unit. Consisting of Derry de Borja (keyboard), Chad Gamble (drums), Jimbo Hart (bass), and Sadler Vaden (guitar), enjoy a heavy dose of Folk and Americana, as heard on breakthrough record Southeastern and on 2017's Nashville Sound.

Hailing from Green Hill, Alabama, the former Drive By Truckers guitarist (2001 - 2007)  has earned four Grammy Awards for his efforts and is considered one of the genre's most in-demand artists. Be it solo or with the 400, don't miss your chance to be part of his ever-growing legacy!

What a professional dynamite show! Every song was great. What a tight band... more

Jason Isbell and the 400 Unit have to be one of the best bands in the USA.... more

Sound good to you? Share this page on social media and let your friends know about Jason Isbell at The Met Philadelphia.