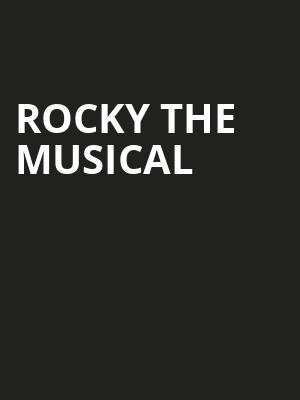 Why See Rocky the Musical?

Rocky the Musical premiered in Hamburg in 2012 before opening on Broadway in 2014. Now it forms an exciting part of Walnut Street Theatre's new season of mainstage shows. With music by composer Stephen Flaherty and written by Thomas Meehan and Sylvester Stallone, Rocky the Musical is just as much of a knockout on stage as it is in the 1976 film.

A tale of inspiration and victory for the underdog, Rocky tells the story of a man who has one opportunity to transform his life from being a loan shark to a champion in the ring. This production features hits from the movie including 'Eye of the Tiger' and 'Gonna Fly Now' as well as new songs.

Seen Rocky the Musical? Loved it? Hated it?

Sound good to you? Share this page on social media and let your friends know about Rocky the Musical at Walnut Street Theatre.